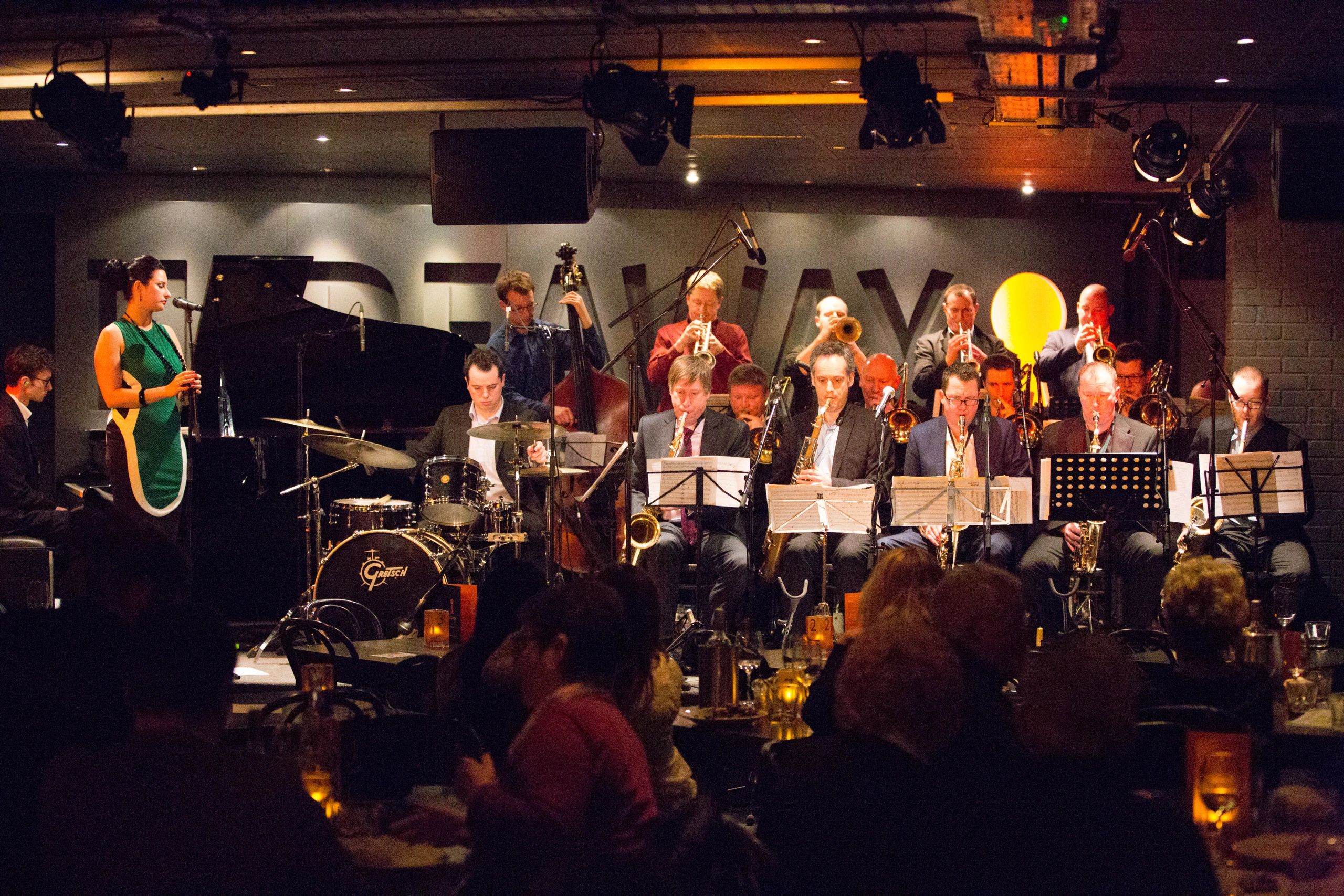 Toots Music Events is an experienced provider of quality live music that guarantees you the highest standards in musical entertainment, whatever your requirements.

With an extensive contact base stretching the length and breadth of the UK, our ensembles feature many of the finest musicians on the scene today. A collective CV reads impressively; from West End/National Theatre to cruise ships, prestige jazz clubs, radio, television & film, our musicians have a wealth of experience that is second to none.

We organise several 'Pop-Ups' each year at locations and venues throughout the UK.

Keep an eye on upcoming events to see what's on near you or better still, join our mailing list so we can keep you informed.

live music for your event

Getting married, organising a formal dinner, a corporate function or an event where live music is a must?

We can provide appropriate musical support to suit your occasion. Whilst we predominantly specialise in swing, jazz & the big band era, we also provide other ensembles & performers and our team will advise you of the most suitable musical entertainment to ensure your event is a huge success.

Please get in touch and we will be happy to assist you every step of the way.

Professional and reliable entertainment for your special occasion.

Seeking new opportunities and challenges, Andy joined the Royal Marines Band Service, serving from 2002-2010.  It was during this time that he took a keen interest in composition & arranging, writing for a variety of different ensembles.

In Dec 2007 he recorded his first album under his own name, EPO, receiving  many positive reviews, notably from the late Humphrey Lyttelton and BBC Radio Scotland.

In 2010 he was invited to audition for the tenor chair with the RAF Central Band & Squadronaires and subsequently joined the band in Feb 2011.

Since 2014  he has held the position of Musical Director & lead alto for the renowned RAF Squadronaires. During his tenure he has led the band in a number of projects with the Airmen of Note; performed at the Royal Albert Hall with Sir Tom Jones; toured the UK at numerous venues and in 2017 wrote several arrangements and performed for Dame Vera Lynn’s 100th Birthday celebrations at the London Palladium with a host of stars from stage and screen.

Someone to Watch over Me - Featuring Andy Watson, Trombone.

Ideal for intimate gatherings to create  an air of elegance and style.

Repertoire chosen from the Great American Songbook, jazz classics, Broadway Showstoppers and more but can be tailored to meet individual requirements.

Perfect for background dinner music, cocktail parties, corporate events, restaurants and more, a two or three piece ensemble provides a fabulous musical backdrop for your event whilst being unobtrusive.

Originally formed to recreate the sounds of a Big Band for venues & budgets not large enough to accommodate a full scale BB, the octet has since evolved into a dynamic unit in its own right, performing an eclectic mix of swing, jazz, latin and afro-caribbean grooves.

Consisting of 5 horns & rhythm, this versatile ensemble showcases some of the UK's finest talent and is an excellent choice if you are wanting high quality musical support, whatever the occasion. Additional vocals are optional.

12 piece 'Swing' Orchestra performing lesser known gems from the 1930' and 40's - a golden era of music-making.

Smartly dressed in authentic white dinner jacket  attire, the Capitol Swing Orchestra will transport you back to a bygone age with music from the libraries of -

Formed in 2007 and featuring a host of talent over the years, this 16/17 piece orchestra has appeared at numerous  venues, clubs and festivals, entertaining  audiences across the UK.
Repertoire is typically drawn from the  most revered Big Bands including -

In addition it has a large repertoire for stricter dancing scenarios, ensuring it can fulfill a variety of functions.

Complete with tracks, this offers an affordable option where space and/or  budget is limited but where a 'live' element is desirable.

Add a footnote if this applies to your business